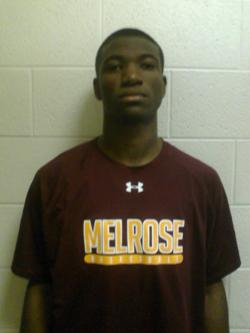 Wilkerson, the forgotten man with the Melrose team, is a big get for the Redhawks. He brings a solid mid-range game and is athletic and strong enough to command playing time as soon as steps on the Ohio Valley Conference campus.

Dickey Nutt, the 2nd year SEMO mentor, will love the competitive nature of the talented Wilkerson.

Wilkerson and the rest of his Golden Tornadoes teammates will now concentrate on bringing another gold ball back to Melrose in his upcoming senior campaign.

Wilkerson was also nominated for selection to the McDonald's All-American list.