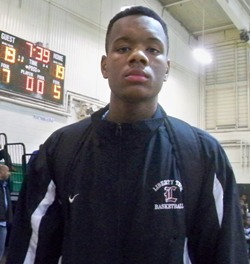 Some outstanding performances were turned in this weekend at Bolivar Central.

What a weekend with some of the best teams in the state starting their season against one another with the ultimate prize on everybody's mind.

The day started with Class AAA runner-up tangling with one of the favorites in the mid-state area, the Bobcats of Nashville Overton.

Andre Hollins (White Station) proved to be too much as the Minnesota signee finished with 40 points and helped lead the Spartans past Overton 76-67.

Hollins said nay to those who claim he can't shoot knocking down five 3's. Class of 2014 phenom Leron Black (White Station) drew the most oohs and aahs mostly because people could not believe this youngster was a freshman, for his efforts Black finished with 15 points.

The Crusaders are back my friends; Kendall Anthony (Liberty Tech) led four teammates in double digits with 18 points as Liberty Tech cruised past a Maplewood squad still awaiting their football players.

Jaleel Querry (Maplewood) led all scorers with 21 points for Maplewood; including a nasty one-handed dunk on a put back, lefty no less.

The strategy appeared to be, we can't stop him, so let's stop everyone else.....and they did.

Johnson had a massive weekend, the Vanderbilt signee scored 40 and 41 points in his team's losses, but with players just coming back from the gridiron look for the Tigers to get their legs very soon.