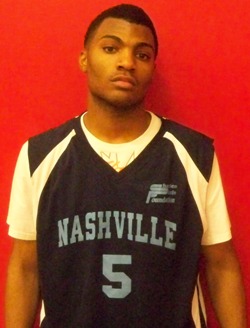 The action is starting to get serious as teams enter district action and the games start to have more meaning.

Fred Yarbrough (Dyer County) has forever etched his name in Choctaw folklore. The rising senior achieved a milestone this past week becoming the all-time leading scorer in the history of Dyer County basketball. Congrats to Fred.

Liam Nash (USN) continues to rack up the points this season including a 31 spot against Zion Christian.

Alex Fountain (Wartburg Central) pushed his way into the 1,000 point club at his school with a 27 point effort in an easy victory against Oakdale, for the record Fountain is only a junior.

Braylen Bennett (Carter) put himself in the news with a fine week of scoring including 34 points in a district win against Pigeon Forge and adding 28 in a district loss to Austin East.

Jake Wright (Oneida) scored 27 points in a tough win against Casey County (KY) and for his efforts passed the 1,000 point total for his career.

Jervon Johnson (Ooltewah) fresh off his East Tennessee Player of the Week kudos, established his career high scoring 37 points in a big district win over Cleveland.

Clarence Wilson (Carver) is making headlines in Memphis with his under the radar efforts including a sweet 36 points against Hillcrest.