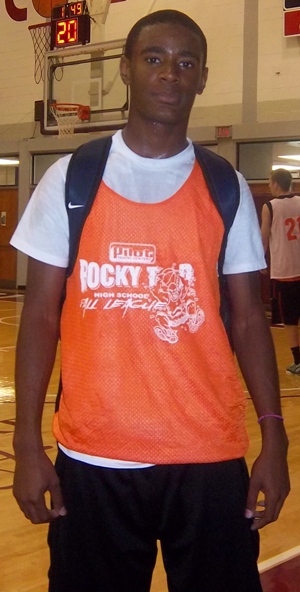 Battle for the Classic (Kennesaw, Georgia)

The Chattanooga Raging Storm busted through the field finishing with a 5-0 record at the Battle for the Classic Event in Kennesaw. This event was a qualifier for the upcoming Wallace Prather Memorial Classic. The title game participants were awarded with their entry fee and lodging expenses taken care of for their participation in the championship game.

Game two saw another big victory over another Georgia squad as the Storm blanketed the Savannah Shooters 68-57 behind 18 points from Jorden Williams (McCallie). Joining Williams in the scorebook were Antonio Jackson (Ooltewah) with 12 while Bowles and newcomer Ladarius Watkins (East Hamilton) pitched in with 11 each.

Moving to the semi-finals and another date with the Smyrna Stars saw virtually the same results as the Storm eliminated the Stars 77-72 behind 13 each from Bowles and Ford. D.J. Prather (Georgia) dropped 11 points and added 10 boards while Johnson finished with 9 markers and snatched a team high 13 boards.

In the title game things went exactly as planned as the Storm vanquished the Vanguard Elite 66-52 with Bowles leading the charge with 15 points followed closely by Prather with 14. Ford pitched in with 12 and Johnson added 10.

Coaches were quick to mention the vital defensive contributions of C.J. Bryant (Cleveland).

The Tennessee Panthers 16's made the trek to Birmingham and came away with the ‘ship at the Dick's Sporting Goods Jam Slam.

The Alabama Kings came calling as bracket play opened up and succumbed to the Panthers 71-39 behind 16 and 15 from Holt and McCullough respectively.

The Huntsville Heat provided a bit of a challenge as Holt put on his scoring cap and dropped 25 in the 65-63 victory. Webster finished with 13 points and 11 boards for the Panthers.

A rematch with the Chattanooga Elite highlighted the title contest with Webster carrying the load. The youngster finished with 14 markers, 12 boards and 7 assists in the championship game victory. Ty Chilcutt (Station Camp) came off the bench and added 13 points in the victory. Holt finished with 10 and Javontae Walden (East Literature) was applauded for his steady effort all weekend long.