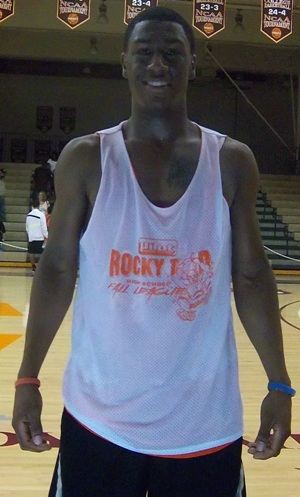 What a fantastic week of hoops as I traveled to Memphis for the Penny Hardaway Hoop Fest. Here are the scoring leaders from Week #9.

Demetrius Kitchens (Brainerd) posted a nice game this past week dropping an old triple double on Chattanooga Central. The senior guard has 12 points, 12 boards and 10 assists in the victory.

Fitzgerald Hopkins (Lincoln County) has made the most of his senior campaign including a huge 36 point effort recently against Columbia Central.

Malcolm St. Louis (Wilson Central) has kept himself and his Wilson Central teammates right on the cusp of the state rankings, the senior post dropped 28 points in a victory over Siegel.

Martavious Newby (BTW) continues his assault on the record books, the Ole Miss signee scored 26 in a victory over Westwood and finished the week with 31 markers against MAHS preserving his squads #1 ranking in Class A.

Ryan O'Neal (Jo Byrns) was in the news with his scoring prowess last week, the junior guard scored 32 points against Clarksville Academy and added 31 additional against East Robertson.

Calvin Walker (Knoxville West) and JayJuan Mitchell (Knoxville West) came out of the block smoking as the Rebel duo scored 29 and 27 respectively as they bested Bearden for the second time this season and entered their squad into the state's top 10 in Class AAA.

Brandon Walters (Howard) is blessed with size and he used this to his advantage with a big 28 point outburst against East Hamilton this past week.

Devon Bailey (Clarksburg) continues to assault his schools scoring records with a 31 spot on Bruceton and an additional 30 against West Carroll.