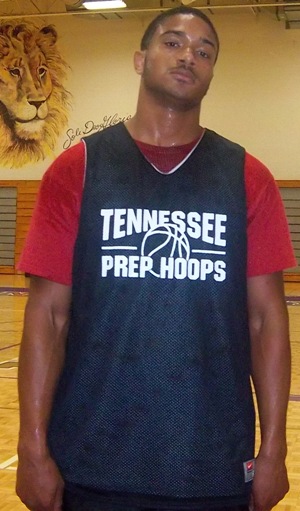 Internet issues and a short list for Week #2 led to a combined story for Weeks 2 and 3.

Aaron Wheeler (Morristown East) made his presence reverberate all over East Tennessee as the rising senior notched 42 points in a triumphant victory over state power Bearden.

Alex Poythress (Northeast) continues to make his case for not only Mr. Basketball but for membership on the prestigious McDonald's All-American team. The Kentucky signee busted 36 points and snatched 24 rebounds in a cross-town win over a very good Kenwood squad.

Watch out for some members of the Class of 2015. Over in West Tennessee Khalil Spencer (BTW) scored 45 points in a win over Power Center Academy.

Say hello to Darius White (Memphis Overton). A bit under the radar to say the least but not for long, the senior notched 25 markers against Hillcrest, added 34 against Oakhaven and finished with 30 against state power White Station.

A hearty congratulation to venerable Summertown mentor Les Trotter who picked up a milestone victory this past week winning his 300th game. Congrats my friend.

Be on the lookout for 2013 standout Matt Pond (Centennial). The 6'5 scoring machine notched 30 against Oakland and added 25 against Franklin.

Cameron High (Lebanon) achieved a milestone this past week, the rising senior dropped 14 points to surpass the 1,000 point plateau in a close loss to Cookeville.

Antonio Brooks (Humboldt) is keeping the pipeline strong with efforts that include 33 markers against Henry County and 27 points against Jackson Southside.

Donya Burnett (Riverdale) is picking up the slack for some injured teammates; the rising senior popped a big 25 points in a tough loss to Memphis Central.

Keep your collective eyes on rising sophomore guard Oterriah Lee (CAK). The diminutive floor general popped 31 markers on Cocke County and proved to be the go to man in some tough losses including a close call at Science Hill.

Will Boshers (Hampshire) 33pts vs. Collinwood