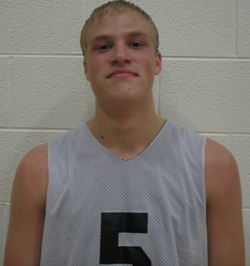 Finally!!! The action was crisp and exciting as Week #3 of the Tennessee Prep Hoops Nashville Fall League got underway.

Clark led the scoring brigade with 20 points followed by Thomas Richard (CPA) and Jeffrey Carter (Maplewood) both with 19 markers and Austin Gee (Ezell Harding) with 10.

Kyle Weldon (Rossview) scored 10 of his 16 points in the second half as Florida moved to 3-0 with a narrow 72-67 victory over an impressive Clemson squad.

Craig "The Professor" Bradshaw (CPA) nailed 20 of his 22 shots from the field and finished with a league high 52 points leading LSU past Tennessee 98-88.

LSU burst out to a huge lead behind the exploits of Bradshaw but a determined Tennessee squad closed the gap to just under double digits on a couple of occasions in the second half.

Robert Veal (Ravenwood) scored 24 points and snatched a dozen boards as Kentucky slipped past Vanderbilt 90-80 in the day's final contest.

Veal led a group of teammates in double digits, including Ross Welch (USN) with 20 points, Daijon Williams (Clarksville) with 17 markers, Michael Carr (Dickson County) with 13 and Josh Erickson (DCA) with 11.