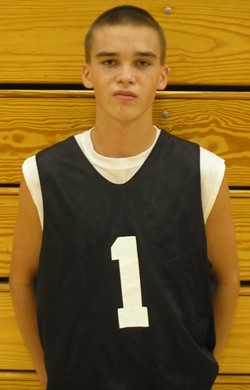 We close out the showcase review with the remaining two
teams from the ACC. UNC which featured numbers 121 thru 130 and Clemson which
was 131-140.

A rising junior guard who should see a lot of playing time
for Northwest this season, Bell
showed a decent shot and a quick first step to the bucket. His ball-handling
was adequate but could use some tightening and he sometimes looks to score more
than pass from the point guard spot.

Started slow trying to do too much but eventually calmed
down and played his game. A much improved offensive player who can score with
the short jumper but still needs to finish his strong drives to the glass. Excellent
defender uses his size to push players of their intended path and is very
aggressive.

Steady and smart improving young player has a deadly stroke
from the perimeter. He can put the ball on the floor and score but needs to add
strength to take the drive all the way to the glass. Moore plays good position defense getting his
hands in the passing lanes.

Strictly ran the two guard and spent most of his time
hanging around the perimeter. He needs to move more without the ball and create
himself some scoring opportunities outside of the three point line. He forced a
lot of shots as well.

Active youngster seemed a bit I awe at the start but after
getting on the floor seemed to find his way. Mitchell showed a decent outside
shooting stroke and took the ball strong to the hole when the opportunities
extended themselves.

Incoming freshman was not used to the speed of the game and
struggled a little with his role. He eventually calmed and took some shots and
made some contributions. A lot is expected from the young ones who haven't even
played a high school game yet so we know there is a growing curve in his
future.

Has a nice base to work with showing a nice outside stroke,
a burst to the bucket and a very nice outlet pass off the break. He plays
aggressive, especially on defense, but must improve his decision making, as he
will have the ball in his hands majority of the time.

Gave exactly what was expected from a young post, battled
hard on the glass and fought for position at all times. He showed a decent
mid-range shot and hit those when he found himself open and did not shy away
from contact.

Fundamentally sound youngster showed a good outside stroke
and took the ball hard to the basket. Not a great athlete but makes up for this
with positioning and anticipation. He hit the boards with a passion and used
the dribble to create some scoring opportunities.

A rising senior who has some point guard skills is quick,
has good handles and court vision. He seemed to find the open cutters in the
half court games and gave a great effort on the defensive side of the floor. He
is not an offensive threat and will need to add at least a little of this to
complete his overall game.

One of the real surprises of the showcase, Clark
showed a very unselfish, pass first mentality and seemed to get everyone
involved in the offense. He made nice passes in traffic and was a terror on
defense, grabbing loose balls and getting a lot of steals which resulted in
easy breakouts or lead passes to gracious teammates.

He was active on defense and ran the floor well but seemed
much more comfortable in the half-court games. Many players like this type game
better and it suits their style of play.

This rising junior showed a nice outside stroke and is
effective with his length around the basket. He has quick hands on defense. He
seemed to prefer the half-court game and was much more effective knowing where
he was on the floor.

This rising freshman found himself a bit in awe as the games
got underway but quickly warmed to what was happening around him. Clack has a
nice mid-range shot that will get better with more practice and experience. He
hustled up and down the court the entire day.

Young man plays at an aggressive tempo and is improving at
rapid speeds. A leader from the point guard position, Akers controls the game
tempo, looks for the open man, and leads the break with the outlet or the ball.
His outside stroke needs some tweaking but has improved since last season.

Good size and gave a lot of effort but had trouble adjusting
to the all out chaos of some of the games. Shot the ball effectively when open
and played better in the half court sets where he understood how to get open
and rely on his ball-handlers to find him for shots.

Youngster has a very nice outside stroke and moved well
without the ball. He grabs some timely rebounds and made some nice passes. He
wanted to dribble the ball a bit too much and created turnovers for no reason.

Lest we not forget he is a rising 8th grader and
has a very bright future on his hands. Richard can shoot, runs the floor
aggressively, plays with athleticism and is addition strength and confidence
away from being a big time player in this state for years to come.