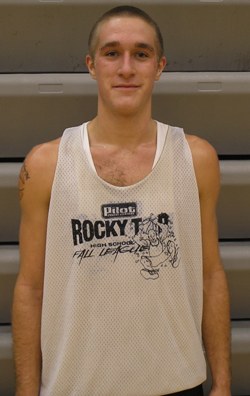 This was the purpose of the unsigned senior showcases we held earlier this month at Maryville College and Walter's State Community College.

This year more so than any others in the past, the opportunities came quick and several players were scooped up by the various college coaches who made their way to those respective gyms.

Having seen him during the season the staff at Carson Newman wanted one more look at Tyler Smith (Anderson County).

The look proved to be the final nail in the coffin and the Eagles offered the 6'1 point guard a scholarship to play at the Jefferson City school.

Another wonderful story is that of Jeremy Whitmore (Raleigh-Egypt). The Memphis senior has been a fixture at our showcases and once again made the trip from the Bluff City all the way to Maryville.

The results turned out to be outstanding for the Pharaohs guard. Bryan College loved the play of the young man at our showcase and after inviting him onto their campus signed him to a scholarship the following week.

Having an idea of whom they were interested in, the staff at Walter's State used the unsigned showcase to grab a bevy of players that would keep them backcourt rich for the next two seasons.

Many of the attending coaches and those who received a copy of our report on the two events are still contacting players and hopefully soon we will have more positive reports to print on the success of the unsigned senior showcases.