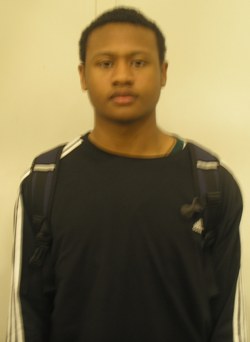 It is always in your best interest to close strong, no matter what the situation always leave them talking about you with your effort in the final conquest.

The Tennessee Travelers and the Memphis YOMCA both saved their best effort for last on the final day of the Nike EYBL Houston style.

Bobby Parks Jr. (Melrose) dropped 30 points as the Memphis YOMCA slipped past the Louisiana Select 86-84 capturing their only win over the course of the weekend's action in Texas.

The YOMCA lost a tough opening round game 66-62 to Howard Pulley behind 16 markers from Telvin Wilkerson (Melrose). Cameron Clear (Memphis Central) was big on the boards with 10 caroms.

Steve Kaspar (ECS) led with 14 points in a heartbreaking double overtime loss to the Baltimore Elite 71-62 in the YOMCA second contest. Jarnell Stokes (Memphis Central) was tops on the glass with 13 boards.

Another tough loss this time to Mean Streets 86-75 began to show the YOMCA coming together with Parks leading the way with 27 points. Wilkerson added 16 and Stokes chipped in with 11. Kaspar led the way with 5 assists.

Team chemistry began to rear its gracious head in the win over the Select aiding Parks in the scorebook was Stokes with 15. Kaspar and Kerell Davis (Hillcrest) played outstanding from the lead guard spots.

Jordan Cross (Sullivan East) was the big scorer with 18 points as the Tennessee Travelers closed out their Lone star experience with a huge 83-66 win over Albany City Rocks.

Cross was outstanding the entire weekend scoring from the perimeter and creating his own shot against some of the countries finest defenders. Rico White (Bearden) was high man in the loss to Howard Pulley scoring a team weekend high of 22 points.

Lester Wilson (Carter) stayed steady averaging around 16 per game for the tourney. He scored 16 to aid Cross in the win. Also scoring against Albany City was Craig Bradshaw (Greenbrier) with 14, Zach Garland (David Crockett) added 12 and Dre Mattheiu (Knoxville Central) finished with 10.

Garland played exceptionally well as the tourney closed out showing a penchant for blocking some shots with his 6'11 frame and cleaning the boards in the all important win.