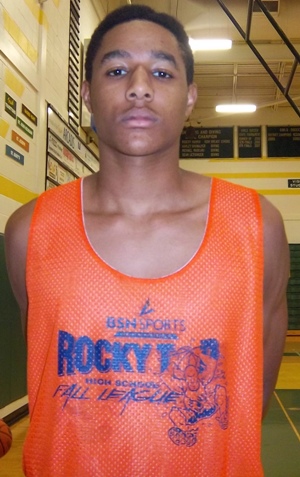 Welcome to our newest weekly feature. This segment will be called This Week at Tennessee Prep Hoops and will feature what's happening in the hoops world in our state information on upcoming tournaments, commitments, future showcases, unsigned senior events and more.

THIS WEEK AT TENNESSEE PREP HOOPS

A slow weather week kept games and travel to a minimum. I was able to venture up to Sevier County on Tuesday where the Patriots of Jefferson County took the lead in District 2AAA with a solid victory over the Smokey Bears. Devin Schmidt (Sevier County) finished with 27 points. The Patriots used a solid inside game and 20 points from their freshman point guard Noah Carter (Jefferson County) to secure the win. Coach Chris Poore has the Patriots playing solid defense and with the quickness and shooting ability of Carter has released a new weapon on area foes.

Here is my ballot for the A.P. State Boy's Basketball Polls this past week which were released on Tuesday.

As we do each and every season I will look through the rosters of all the D1 teams from around the country and list the players from the state of Tennessee who appear on those respective rosters. Some players may be walk-ons or scholarship athletes. Look for that in the coming days.

KEEP AN EYE ON THESE GUYS

Micah is the unquestioned heart and soul of the Falcons and their continued success on the hardwood. The lefty point guard is a defensive hound and has shown a propensity for scoring in clutch situations. Keep your eyes peeled as Goss and the Falcons make another run at the ‘boro come March.

Smart and solid are traits of every good point guard and Mr. McPherson certainly fits that bill. The sophomore leader has his Bruins among the best in the state with the playoff looming on the horizon.

Sophomore lead guard has shown a propensity for leadership and with his emerging size is becoming a force on both ends of the floor. His team is working for a big shot in March as McNeal continues to work his magic.

Quietly over in Dandridge the Patriots of Jefferson County are turning some heads. Coach Chris Poore has his team in the driver's seat in District 2AAA as they come off a big district win over Sevier County followed by a confidence boosting victory over perennial East Tennessee stalwart Austin East. Led by confident freshman point guard Noah Carter (Jefferson County) and a bevy of young inside talent, including sophomore John Bryant (Jefferson County), the Patriots should be someone to watch come tournament time.

As the weather gets colder the games get bigger and the Bruins of Brentwood have just begun to fight. Guard play highlights a very talented team for Coach Dennis King led by Stetson signee Asa Duvall (Brentwood) and sophomore commander James McPherson (Brentwood). The Bruins have been the recipient of sterling effort from junior wing Andy Schumpert (Brentwood) as the season has moved along. Look for big sounds from that part of the Mid-state.

At 15-6, Hamilton doesn't seem like a juggernaut but those losses came early and the Wildcats behind the brothers Lawson are really playing with swagger and confidence as we head into the final week of January. State ranked for the first time this season we will see what the youth are made of very soon.