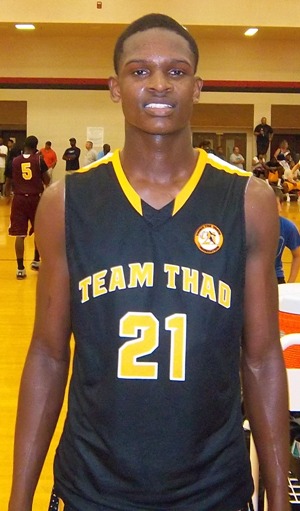 Welcome to our newest weekly feature. This segment will be called This Week at Tennessee Prep Hoops and will feature what's happening in the hoops world in our state information on upcoming tournaments, commitments, future showcases, unsigned senior events and more.

THIS WEEK AT TENNESSEE PREP HOOPS

I ventured to Karns last Tuesday for a nice District 3AAA clash between then unbeaten Oak Ridge and Karns. Devin Sibley (Karns) had a monster game scoring 27 and making the pass for his squad to snatch victory. The shot fell short and Oak Ridge came away with a one point win. On Friday I was honored to be in attendance for the ceremony to celebrate the 1,000 point for Knoxville Webb senior Burton "Big Money" Sampson (Knoxville Webb). The Spartans got a big effort from Money and handled defending state champions DCA.

I am pleased to once again be part of the group of media members that submits a ballot for the State Basketball Classifications Rankings. The first poll will be released in January.

Once again I have the honor of submitting my recommendations for nominations for the 2012-2013 McDonald's All-American squad. Each state is allowed a certain number of nominations based on population. In Tennessee we generally receive 22 to 24. I will release my list next week in a story on the website. Stay tuned.

GAME OF THE WEEK FEATURE

Starting in January I will have the Game of the Week feature back in the fold and hopefully let everyone know about the top upcoming games in all areas of the state each week.

KEEP AN EYE ON THESE GUYS

Junior guard is shooting the ball exceptionally well this season; Sibley notched 27 in a close loss to Oak Ridge and added 23 this past Friday against Hardin Valley in a victory.

Senior guard is making a mockery of the scoreboard this season. He had three strong games this past week which included 25 markers against USN, 26 in a win over Nashville Christian and finally topped the week with 29 against Hume Fogg. No signs of slowing down yet as Gee added 30 points in a game this week and surpassed the 1,000 point mark for his career.

A sleeping giant may have been awoken as Lewis is starting to push his might around in the Bluff City. He has scored over 30 numerous times and looks to have his confidence back which kept him from being his best this summer.

Over on Elvis Presley Boulevard, The Tigers of Whitehaven High School are officially putting themselves on notice as one of the best teams, not only in Memphis, but in the state in Class AAA. Led by junior transfer C.J. Anderson (Whitehaven) and talented rising big man junior Marcanvis Hymon (Whitehaven), the Tigers are for real. Playing in the toughest District in the state with nightly battles against Melrose, White Station, and defending state champion Memphis East will only prepare them for their destiny.