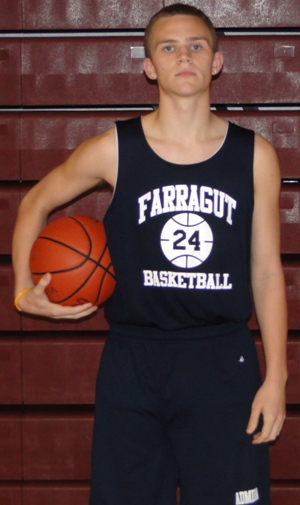 The next to the last week of the regular season brought some serious scoring exploits with two of our own going over the 2,000 point barrier and some equally impressive coaching milestones.

Bud Cannon (FRA) achieved a scoring feat surpassing the 1,000 point plateau this past week for the state ranked Panthers.

Craig "The Professor" Bradshaw (CPA) etched his name in CPA folklore forever dropping 23 points in a victory over Stratford and surpassing the 2,000 point mark for his career.

Rafeal Tyler (Lake County) has a habit of scoring big; he notched 22 points in a win over district rival Union City and for his efforts surpassed the coveted 2,000 point plateau for his career.

Blake Williams (Farragut) dropped 32 points in an overtime loss to Bearden and for his efforts surpassed the 1,500 point mark in his career.

Jerry Peters and Kent Smith achieved coaching milestones this past week. The venerable Peters recorded the 1,000th win of his illustrious coaching career at MUS and Smith notched his 400th victory for the Bears of Bradley Central.

Hunter Culp (Camden Central) had a seriously good week notching 29 points against Waverly Central and finishing the week with a cool 34 against Big Sandy.

Jacob McLennan (Huntland) might be one of the best underclassmen that not a lot of people are familiar with, the junior scored 30 points early in the week against Community and finished with 28 against Fayetteville.

Alec Mulvihill (St. George's) had a most triumphant week scoring 25 points against state ranked USJ and closed the week with another 25 in a win over Tipton-Rosemark.