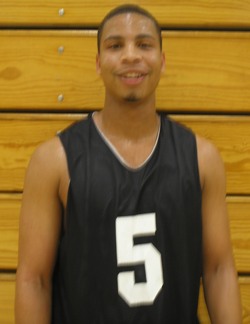 "The Natural" was a jack of all trades to the highest degree
this past Saturday at CPA.

Controlling the tempo of the game and scoring when the
situation called for it, Montague was critical in his teams rise.

Brandon Cook (CPA)
and Atul Agnihotri (Brentwood) finished
with 15 and 11 respectively for the winners.

Keenan Froedden
(Sycamore) sank 28 points leading Vanderbilt to a consolation victory over Kentucky 67-60. Tyler Dreher (CPA) added 17 in his
first game back from an injury.

We will announce an all-league team this Thursday along with
the final scoring leaders for the season. Thanks to everyone for a fun and
successful league.