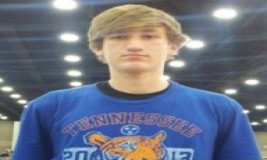 Best of the South in the spacious confines of the Sports Academy in Suwanee Georgia proved to be another showcase event for the emerging 16 and under group for the Tennessee Tigers.

The Tigers concluded the event finishing in the Elite Eight falling to the always competitive E1T1 squad despite some key injuries during the process.

The triumvirate of Ross Cummings (Creek Wood), Caleb Hollander (Homeschool) and Kenny Bunton (Walker Valley) took the lead for the Tigers. All three players were selected to the All-Tourney squad for their efforts over the weekend.

Cummings continues his breakout summer banging down threes and making everyone around him better. Hollander, despite playing with some broken digits, was still a match-up nightmare for opposing defenses while Bunton remained steady from the perimeter and on the glass.

On the interior the Tigers got sterling play from, you guessed it, Sterling Hewitt (Portland) and Brad Allen (Greenbrier). Hewitt, despite being undersized in the post, used his quickness and athleticism to get buckets. Allen, who dropped a key 14 markers in the Elite 8 loss, continues to improve his overall game.

Gabe Cummings (Creek Wood) and Cannon Campbell (Rossview) ran the show effectively getting the scorers the ball and providing leadership and defense for the Tigers.

Coaches were quick to applaud the contributions of Keaton Dotson (Station Camp) and Matthew Norl (Kenwood) who played tough before an injury sidelined him for the event.

With only 8 healthy players the 17 and under Tigers played tough and competitive in the event. Dakota Quinn (Davidson Academy) had an outstanding event garnering several additional D1 offers to add to his burgeoning list of interested schools.

Micah Davis (CPA) and Jonathan Jones (Goodpasture) held steady in the backcourt after an injury sidelined Jay Howard (Dyer County). Jones had his best event to date including a breakout 19 point game in pool play action.

The 15 and under Tigers continue their march towards improvement with a nice showing in Georgia highlighted by a big win over one of the E1T1 squads.

Corey Hoffman (Centennial) playing with the Tigers for the first time provided them with an interior lift.