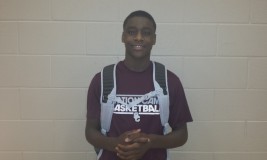 The hoops season got underway these past couple of weeks with some Hall of Fame encounters and the first week of actual action starting from Bristol to Bolivar.

What an outstanding week for rising senior shooting guard Brady Nease (Union County). The 6'2 gunner dropped a school record 51 points in a win over the Knoxville Ambassadors but didn't stop there with a gargantuan start to his senior campaign. Nease added 32 against Knoxville Central, 27 against Claiborne and 26 against Gibbs.

Will Alexander (Maplewood) is riding high with his sterling performances in the summer hoops scene and at the Tennessee Prep Hoops Nashville Fall League. The senior guard if off to a rousing start this season as slender Will dropped 31 on Hunter's Lane and followed up with 32 against Antioch.

Down in West Tennessee, Marlon Hunter (Houston) is dazzling at the start of his senior campaign. The Western Kentucky signee had a 33 point effort against Bolton and two 30 point outbursts against Bartlett and White Station. I think I hear a Mr. Basketball nomination in his future perhaps.

Congrats to my man Jordan Bowden (Carter) for surpassing a large milestone scoring his 1,000 point as a Hornet. Bowden had a big first week dropping 45 points in a win over Clinton and following up with 35 in a loss to Hardin Valley.

John Carter (Summit) is a name everyone needs to become familiar with. The rising sophomore was a star in the recent Tennessee Prep Hoops Fall League and parlayed that effort into a huge start to his second prep season. Carter notched a 30 spot against Columbia Central and dropped 27 on Page.

We see you Chad. Chad Culbreath (Ripley) is soon to be a name that everyone statewide should recognize. The rising senior guard had a massive week scoring 51 points against Brighton after starting the week with a cool 31 against MUS. His assist totals are up and he faces a box and one nearly every night.

John Bryant (Jefferson County) has forever etched his name in Patriot folklore as the rising senior surpassed the 1,000 point barrier earlier this week. Bryant is off to a good start notching 26 in a tough loss to Maryville and adding 30 in a win over Karns.

Luke Scott (Summertown) brings some attention to the Class A ranks with his efforts to start the season. Scott notched a big 38 point effort against Eagleville and closed the week with 25 against Spring Hill.

He told me he prefers Fitzpatrick so I'll call him Fitzpatrick. Speaking of Ole Miss signee Donte Fitzpatrick (Southwind) of course, the rising senior had a nice beginning to his final prep campaign scoring 31 in a win over Sheffield and closing with 26 in a win over Covington.

Patrick Good (David Crockett) 29pts vs. Volunteer (Triple/Double with 12R and 11A)

Will Alexander (Maplewood) 32pts vs. Antioch