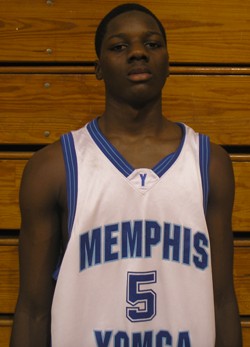 The Tennessee teams run at the various Super Showcases came to an end today and now many are geared up for another run at the Nationals.

The Memphis YOMCA made a strong finish in the 16 and under Gold division before falling to Team Takeover. Andre Hollins (White Station) has been virtually unstoppable in the land of mouse with the giant ears. Hollins dropped 32 in a semi-final contest while imposing talent Wayne Martin (Florida) has been nothing short of amazing in his own right.

Nino Johnson (White Station), Steve Kasper (ECS) and Tevin Moore (Mississippi) have provided scoring and picked up the slack for this winning squad.

Staying in Memphis, "Mighty" Chris Jones (Melrose) burst out of a bit of a shooting slump to knock down 39 points and the Memphis Stallions advanced to the Final Four of the bronze division before falling to a squad from Boston.

Brandon Wright (Hillcrest) has played very well providing the spark and leadership this squad craves while on the floor. Wright is an animal on the offensive glass and always comes up with timely putbacks and big possession changers. His stock is on the rise for sure.

Montez Fifer (Southwind), Nick Mason (Southwind) and Walter Davis (Southwind) have all had nice tourneys in the land of surf and sun. The Stallions will remain in Orlando to compete in the 17 and under Nationals which begin tomorrow.

Cory Stanton (Springfield) could not have picked a better time to play the best basketball of his young life. July will officially be changed to Cory Stanton month from now on as the talented lead guard has raised the brow of many a college coach. Coaches from Austin Peay, Belmont, Tennessee Tech, Lipscomb, MTSU, Tulsa and a host of others were on hand to see Stanton drop 24 in a tough 75-70 loss in the opener of bracket play.

Carter Sanderson (Lipscomb) added 20 and Reggie Gilmore (Tyner Academy) pitched in with 8 and 8. Gilmore has been outstanding in Florida. He led the squad with 14 points in the final pool play win and has been very good on the boards throughout the event.

Michael Bradley (Tyner Academy) played some of the most aggressive basketball of his young career in this one and despite getting into foul trouble he made some bigger schools step up and take notice. The Tigers begin pool play at the Nationals tomorrow.

On a familiar note, I caught the Detriot Fire game late last night, why you ask? Emmanuel Andrews (Shelbyville) is on this squad and the little big man dropped 30 points in the final pool game before falling in bracket play.

On another note, I wanted to give some mention to another Memphis squad that made some noise while in Florida. The Memphis Stars 15 and under squad won their pool and made an appearance in the Sweet 16 before falling to one of the best teams in this age group BABC.