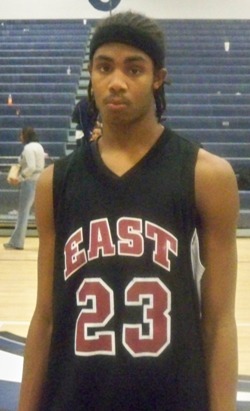 Week #4 saw some high scoring efforts come to the forefront.

Joseph Williams (Lausanne) scored 18 points and snatched 7 boards leading a group of five Heat players in double digits as they outlasted the Knicks 79-72 in Week #4 action at the Super 80.

Williams was joined in the scorebook by Quietin Sawyer (Lausanne) with 17, Donovan Spralls (Briarcrest Christian) added 14, Alex Anderson (Wooddale) chipped in with 12 points and 11 dimes and Tevin Askew (Melrose) added 10.

Duante Thomas (FACS) led the Knicks with 18 points in the loss.

Kedren Moore (Melrose) led the Grizzlies with 16, while Kadarrio Fleming (Ridgeway) pitched in with 12 and Damien Wooten (Lausanne) and Tim Sanders (White Station) added 11 in the loss.

Chris Jones (Briarcrest Christian) scored 27 points as the Suns clinched the Western Conference championship with a 53-46 victory over the Pacers.

Markel Crawford (Melrose) scored 18 points and Craig Hill (Ridgeway) added 19 as the Thunder overcame a mega-scoring effort from Anthlon Bell (Bartlett) and walked away with a tough 69-66 victory.

Bell, who would finish with 30, did all he could to keep the Lakers in the game but fell short at the end. Cameron Golden (Ridgeway) added 16 in the loss.

Jarnell Stokes (Southwind) scored 24 points and Austin Nichols (Braircrest Christian) added 20 as the Hawks clinched a playoff first round bye with a steady 67-58 victory over the Bulls.

Jonathan Burroughs (Ridgeway) led all scorers with 22 large lifting the Celtics to the Eastern Conference crown with a tough 59-56 victory over the Magic.

Adam Weary (Ridgeway) had a nice game tossing in 11 points.