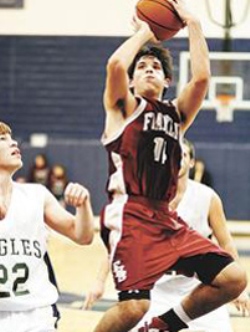 Summertown got the upperhand in Round #1 of the District 12A prequil by besting Collinwood 100-85 in our Middle Tennessee Game of the Week for Week#2.

Look for a spirited rematch come early in the 2009 school year.

West Tennessee Game of the Week

Larry McGaughey (BTW) knocked down a cool 31 and led his squad to the easy win over a surging Sheffield squad.

Sheffield was led by the Crawfords, Montrell Crawford finished with 19 and Chris Crawford added 15.

East Tennessee Game of the Week

Temple ventured to the middle of the state for a chance to compete for the crown of champion at the Battle of the State. Franklin had other ideas.

Peyton Henry (Franklin) led the scoring with 20 markers and James Haddix (Franklin) and Michael Young (Franklin) added 19 and 17 for the winners.