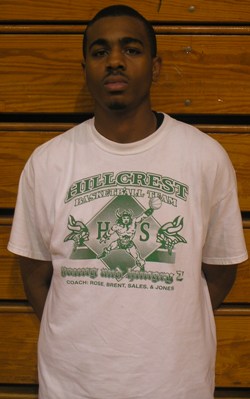 It took an overtime period but the Memphis Stallions ended the month of May on a very high note.

"Mighty" Chris Jones (Melrose) dropped 21 markers as the Stallions climbed past the Mid-State Ballerz West 67-62 in overtime to capture the 17 and under AAU state tourney this weekend in Memphis.

Jones may not as been as prolific in his scoring this weekend as he was at the Bob Gibbons Tournament of Champions but he was still a crowd pleaser to say the least.

For the Ballerz, Tarius Johnson (Liberty Tech) concluded a very good event with another outstanding performance and Cottrell Peterson (Manassas) was a giant on the glass.

Jones scored 27 and Wright added 18 in the semi-final win against a stubborn Team Nashville.

The Ballerz had outstanding performances by Johnson, Peterson, Demarius Smith (Kenwood) and Anthony Green (Manassas) in their semi-final win against the Tennessee Tigers.

In the third place game Team Nashville behind 20 points from Fred Lee (Maplewood), got past the Tigers.

I was in attendance all day Saturday and had the pleasure of seeing each of the particiapnts twice. I will have a list of the top players from the weekend tomorrow with some notes to accompany them.

6’0 2022 Colby Raymer (BMaze BJ) has led the way this morning with his facilitating & playmaking ability. Making plays off the bounce. Getting into the paint. @BMazeElite #PhenomStayPositive