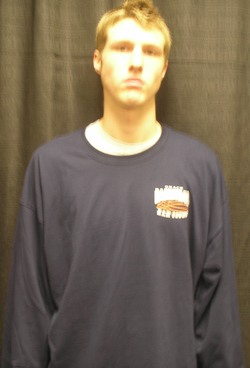 Where would he play on the next level?

After months of deliberation the 6'6 wing has decided to join Coach Jim Boone and become a member of the Pioneers of Tusculum.

Tusculum is located in Greeneville and plays in the South Atlantic Conference.

The Pioneers finished 20-11 last season and made a trip to the DII NCAA Tournament.

Slusher is a talented athlete who has great vision and can shoot the outside shot, once he realizes defense will keep him on the floor on the next level he will be just fine.