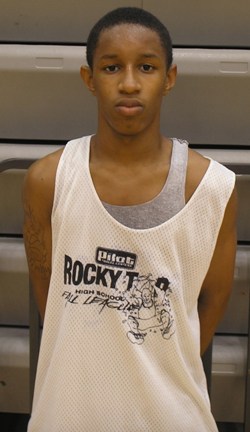 Brock Rowan (Stone Memorial) burned the twine for 21 points as the Cumberland/Roane County squad got past Sevier County 69-51. Jethro Griffin (Sequoyah) played an outstanding game for the victors scoring 17 points in the win.

Lyle was outstanding on both ends of the floor blocking seven shots.

Drew Standifer (Bearden) was a catalyst for Team Pierson the entire day. He only managed 6 points but his block with less than a minute remained squashed an Anderson County rally and game his squad possession in the most crucial spot of the game.