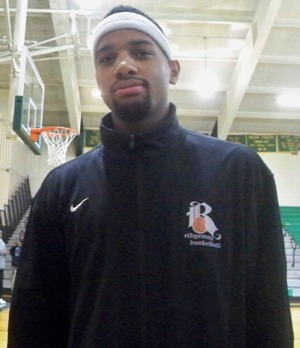 What a great day of basketball was had by all on day two of the inaugural Penny Hardaway Hoop Fest at White Station High School in Memphis.

Seven games were on the docket for a packed house of basketball fans including Ridgeway who pulled off the upset by besting Montverde Academy 73-69.

Balanced scoring was the key for the Roadrunners who were led by Kordario Fleming (Ridgeway) with 16 points. Joining him in the scorebook were Cameron Golden (Ridgeway) and Adam Weary (Ridgeway) who both finished with 15 markers and Craig Hill (Ridgeway) who added 11.

Rising junior Corn Elder (Ensworth) led his squad with 22 points in the loss.

Matthew Butler (Memphis East) and Nick King (Memphis East) scored 24 and 22 points respectively as Memphis East posted the first blemish on the untarnished record of Our Savior with a nice 84-81 win in game #2.

A 21-9 second quarter rush pushed Briarcrest ahead for good and kept the Spartans in catch up mode for the remainder of the game.

Hubbs led all scorers and was joined in the scoring column by Fred Yarbrough (Dyer County) with 13 and LaMarcus Mosley (Dyer County) pitched in with 12 points.

Marcus Deanes (CBHS) and Josh Bougher (CBHS) each finished with 18 points in the loss.

The nation's top ranked squad got another scare as Melrose used a 36-17 fourth quarter onslaught to close the gap but couldn't quite turn the corner and fell to the machine 76-71.

Markel Crawford (Melrose) was outstanding in this game. The rising junior dropped 26 points to lead Melrose.

In the grand finale, Chicago Simeon made the most of their visit to the Bluff City besting Southwind 73-54.

This was a fantastic event that will hopefully become a national staple by adding more teams from around the country battling the powers of Memphis. Several high profile squads have been secured for next season along with the sensational crop of the finest that Memphis has to offer.