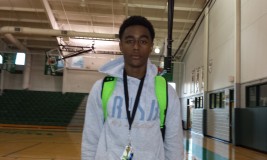 This list will have the totals from the region games which concluded on Sunday in many parts of the state due to the weather delays we experienced during district action. Sub-state list will post later in the week.

Elijah McCoin (Northwest) had a fine finish to his final prep campaign. McCoin dropped 25 in a quarter-final region win over Lebanon and scored 23 in his final game a loss to Mt. Juliet in the semi-finals.

So sad to see some guys finish up their high school careers after watching them blossom since they were freshman. Marlon Hunter (Houston) is one of those guys. The Western Kentucky signee scored 28 in the opening region contest against Memphis Central then notched 21 as he was eliminated by region champion Hamilton in the semi-finals.

Grayson Murphy (Independence) is a sophomore to watch in the coming seasons. The youngster put his stamp on the region tournament notching 22 in an opening round over higher seeded Cane Ridge then added another 22 spot in the semi-final loss to Brentwood.

Chase Hayden (St. George's) had a monster week for the Gryphons of St. George's. The rising sophomore helped lead his squad to the DII/Class A state championship scoring 27 points against Harding Academy. He was named the tournaments MVP as well. Hayden got the ball rolling early in the playoffs with an additional 27 in a win over FRA.

Kordell Henderson (White County) was a man on a mission as the region playoffs got underway. The rising senior wing notched 24 in the opening round win over Soddy Daisy and saved his monster performance for the region championship game with 29 markers against Bradley Central.

Ross Cummings (Creek Wood) is one of the top juniors in the state and his efforts in the region tournament proved just that. Cummings notched 24 points in an opening round win over Cascade. He added another 24 spot in the semi-final win over Marshall County.

Kelvin Jackson (Carter) just needed to calm down and let things come his way. The rising senior guard put it all together in the region tourney starting with 20 against Alcoa in the opening round followed by 26 in a win over CAK. Jackson then quieted his critics scoring 21 in the region final win over Fulton.

Tre Tiller (Chattanooga Central) and the Purple Pounders are finally ready to make some noise in a statewide fashion. Tiller was solid scoring 20 in the semi-final win over Red Bank and notching 22 in the region final victory over Brainerd.

Dedric Lawson (Hamilton) seems to be on this list every week and why not he;s earned it. The Memphis signee took his ball and led the Wildcats with 27 points and 20 caroms in the opening round win over Southwind followed up with 26 against Houston and finally 27 in the region final revenge game against Memphis East.