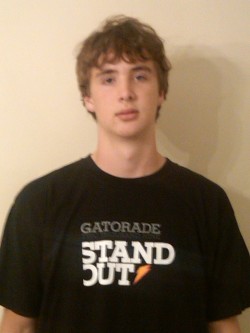 This past week a trio of Tennessee players had the privledge of securing an invitation to the Reebok Breakout Camp in Dallas.

The camp is designed for rising 10th and 11th graders and 96 players attended the event.

" Mighty" Chris Jones (Melrose) was a standout, as usual, controlling the ball and making things happen. His performance earned him a spot in the camps top 20, which allows him to go with the team to participate in Philadelphia next month.

John Ross Glover (USJ) made the most of this unique opportunity. The rising sophomore had what could be determined as a "breakout" showing. The wiry wing attacked the bucket and showed he belonged with the elite competition. For his efforts JRG was presented one of the five Gatorade Awards, which was given to players who exemplify positive attitude, team play and overall potential.

Andre Brown (Clarksville Northwest) was the third of the Tennessee triumvirate and had a good showing in his own right.

Congrats to the three participants and good luck to them as they advance to the July period where the confidence they gained from this venture should do nothing but enhance their perfromances.