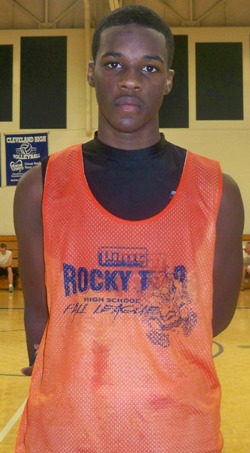 The first week of the newly imposed live period brought out some of the best basketball from some of the top teams in our state with several bringing home championships and solid performances to hang their hats upon.

Let us begin at the legendary Pittsburgh Jam Fest where the Nashville Celtics took the hardwood for the first time this season.

Behind some great efforts from Central Florida commitment D.J. Bowles (Cleveland) and rising Class of 2013 prospect Reggie Upshaw (Baylor) the Cletics managed a  1-2 record with both losses coming by 8 points to a pair of well established clubs in Dorian's Pride and the New Jersey Roadrunners.

In only their second tournament as a program the Chattanooga Raging Storm made quite a showing at the Pearland Classic in Texas falling in the championship game of the silver division to the Houston Celtics by 10.

Fred Matthews (Red Bank) took scoring honors in the title game with 11 and showed some explosiveness with some nasty throw downs in transition.

The Storm, behind 11 points and 7 assists from Levi Woods (Meigs County), fell in their opening contest to the Houston Force but the squad would regain its composure and win three straight to advance to the silver title game.

Steadman Ford (Notre Dame) made his Storm debut a successful one scoring 11 points in a win over the Houston Prospects.

On to the silver division semi-finals where those same Houston Prospects stood in the way and were once again dismantled to the tune of 70-50. The Stormrecorded 19 steals as a squad in this one. Williams led the scoring with a tournament high 23 points followed closely by Bryant with 16.

Team Nashville captured the 17 and under crown at this event so naturally another Tennessee squad had to make some noise in the 16 and under division.

The Tennessee Playmakers advanced to the final four before losing to Team SAC 48-41 thus completing a fine weekend of hoops for this young squad.

Christian Lynn (Goodpasture) got the ball rolling dropping 18 points while his running buddy Zach Hodskins (Ravenwood) pitched in with 20 as the Playmakers outshined the Georgia Wizards 75-70 in their opening contest.

Antorian Moore (Hillsboro) was solid on the glass snatching 10 caroms and collecting 7 blocks, while lead guard Anthony Banks (Lancaster Christian) dished out a gaudy 12 assists. Brandon Taylor (Brentwood Academy) was also lauded for his solid performance in this contest.

Lynn and Hodskins scored 15 and 13 respectively as the Playmakers outlasted the Alabama Magic 52-50 on a game winner at the buzzer from Banks. Rashid Gordon (Antioch) added 10 points in the close victory.

Finally in the semi-final loss Hodskins managed a game high 16 while Lynn was held to 12. Moore contributed a double/double with 10 points and 10 caroms.