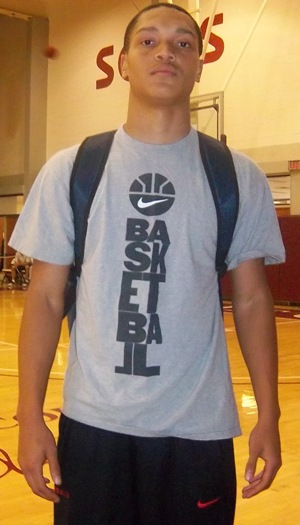 Team Nashville brought home the 17 and under crown but the Chattanooga Raging Storm in their inaugural season of existence continues to make strides of improvement with the all important July period sneaking up on us.

A furious comeback was thwarted by a last second buzzer beater as the Storm fell to the South Carolina Raptors Elite. Down 48-27 at the break, the Storm rallied behind 26 points from Williams to narrow the margin before the dagger at the final clock. Upshaw added 16 while D.J. Prather (Georgia) finished with 12 points and 8 boards. Antonio Jackson (Ooltewah) had a nice game scoring 9 points and was credited with a dozen dimes.

In the 16 and under division Select Basketball came out on fire with a 62-31 dousing of the Jacksonville Nets. Jake Allsmiller (CPA) led the scoring barrage with 22 markers.

The winning continued as the Select banished the Florida Jayhawks 81-37 with several players contributing to the massive one-sided victory.

The final pool game featured a match-up with the Atlanta Celtics. Select had a comfortable 14 point lead at the half but fell victim to the sheer size of the opponent and fell by a final of 81-61, which was certainly not indicative of the pace of the game. Allsmiller led with 16, Andy Schumpert (Brentwood) added 13, Braxton Bonds (CPA) finished with as did his high school mate Parker Howell (CPA).

On to the championship bracket as a two seed and another date with Team Impact, who incidentally defeated Select at the Knox Vegas Heat tourney, so revenge was the flavor of this day!

Mission accomplished as the Select bested Impact 91-78. Allsmiller was hot from the jump and Schumpert was scoring from everywhere. Bonds controlled tempo and Howell went on a scoring spree netting 10 consecutive points in the paint during one blistering outburst. Impact got hot in the second stanza but some key shots from Andrew Cowie (BGA) and Howell brought things back to normal. Allsmiller, Schumpert and Howell all eclipsed the 20 point barrier for this contest. Duncan Smith (MBA), Thomas Richard (CPA) and Sam Johnson (Franklin) all made key plays in this rewarding victory.

Undermanned and tired the Select fell to the eventual champion Florida Rams 60-51 Allsmiller and Schumpert finished with 11 each while Bonds added 9 in the effort.

The Select stand at 12-4 on the summer

Team Thad 17's finished 6-0 defeating the Atlanta Express Red for the title at the Future 150 Tournament in Atlanta this past weekend. Earvin Morris (Prep School) led all scorers with 26 points in the title contest.

Jonathan Starks (Brighton) was solid all weekend averaging double digits in scoring for the event. Tim Sanders (Germantown) and Rhyan Townes (Arlington) shot the ball well during this tournament all weekend long. Solid contributions from Aston Morton (Arlington) and Payton Husley (Southwind) contributed to their victories over the likes of the South Georgia Kings, Atlanta Blazers and Carolina Hurricanes.

7th Annual Knights of the Roundball

The Tennessee Panthers 16's defeated Gametime Elite 61-55 to capture the crown at the 7th annual Knights of the Roundball Tourney. Jacob McCullough (Ensworth) led the way with 17 markers followed closely by Terry Holt (East Literature) with 14. Ty Chilcutt (Station Camp) finished with 10 points off the bench while Kindrevious Webster (Hillsboro) stuffed the stat sheet with 8 points, 9 boards and 9 dimes.

Pool play began with an 85-38 trouncing of the Tennessee Thunderbolts. Holt led the scoring with 17 followed closely by McCullough with 14 and Webster with 10.

The Tennessee Bulls succumbed as victim #2 by the count of 58-31, McCullough and Holt led with 11 points each. The Panthers bested Irish Reign by the score of 74-49 for the final pool play victory. Holt was big with 19 points and 7 boards. McCullough added 16 markers in the win.

Bracket play began with a rousing 65-38 win over the Southern Kentucky Hurricanes. Holt again led in scoring with 21. His partner in crime McCullough added 10 as did Malik Harris (Maplewood).