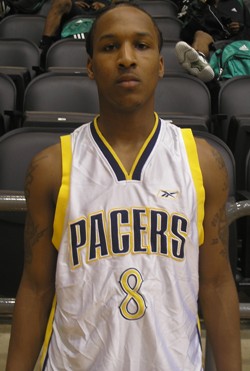 With the opening round of region taking place on Saturday, I found 10 games that are very good match-ups for first round contests.

District 14A has been the home of the state champions in Class A for many seasons. Lake County finished fourth in the district tourney and will prove to be a tough opening round match-up for Thomas Greer (West Carroll) and his teammates. Rafeal Tyler (Lake County) is the top scorer for Lake County and they have the depth to make things challenging for the Mr. Basketball nominee.

The Roadrunners make the trip up to Crossville to tangle with a disciplined Stone squad. Austin East made some inroads as the season wore on and has shown marked improvement in the district tourney. They possess size and always have the athletic prowess to make you play at a speed that is uncomfortable to most. Stone Memorial will look to their leader Zach Sherrill (Stone Memorial). Stone will need to take care of the ball and get maximum production out of scorers Dustin Melton (Stone Memorial) and Brandon Cole (Stone Memorial).

Region 8AA has a doozy for a first round contest with this battle. Hillcrest has the home court and with point guard Kerell Davis (Hillcrest) one of the hottest young players in West Tennessee. Trezevant will go to some of their size including Antwan Cathey (Trezevant). These teams match-up very similarly and this could turn out to be one of the best first round games in the state tomorrow.

Clinton got a monster effort from senior wing C.J. Alred (Clinton) to capture the district crown over Knoxville Central. Knoxville West has quite a resume for their fourth place finish in their district tourney. West has two wins over the two-time defending state champions Fulton and gave Bearden the only blemish on their slate this season. Talent is not the issue with tandem junior forwards Phillip Stanford (Knoxville West) and JuJuan Williams (Knoxville West) leading a cast of very talented athletes. This could be a tough contest if West puts it all together, but Clinton has the home court and the confidence after knocking off the district regular season champ.

Arguably one of the favorites in the mid-state will have a very talented Mt. Juliet squad for their opening foe. Mt. Juliet had a fine regular season winning over 23 games and has enough talent led by senior wing Teraes Clemmons (Mt. Juliet) to make this game tough. Northeast comes off a district regular season and tournament championship with much more on their list of goals for this season. Telvin James (Clarksville Northeast) and Jeremy Purvis (Clarksville Northeast) give Northeast the advantage in the backcourt.

A stumble in the district tourney puts the Pharaohs on the road against Mr. Basketball finalist Casey Prather (Jackson Northside) and Northside. This is a very intriguing first round contest and Raleigh-Egypt will look to a pair of talented guards in senior Rashard Harris (Raleigh-Egypt) and junior riser Dierre McElroy (Raleigh-Egypt) as they attempt to achieve the upper hand.

This should be a region final or even a sub-state game with the talent that will invade the hardwood on Saturday night in Memphis. The depth of talent in this region is staggering and this is without question the toughest first round regional game in the state. Central has two wins over Melrose on their resume and possess one of the younger squads in the Bluff City. Masceo Harmon (Central) has truly blossomed in his senior year and his battle with Denzel Hardy (Southwind) should determine the outcome of the contest. This game also featured two of the cities top young stars with Jarnell Stokes (Central) one of the top three players in the rising sophomore class and Jonathan Williams (Southwind), the top player in the Class of 2013.

The Golden Wildcats survived a slight bump in the road just before the district tourney got underway and with the momentum of two big wins over White Station, Melrose is as hot as anyone in the state and Germantown is without question the best #4 seed in any district in the state. Led by scoring sensation Todd Mayo (Germantown) and Minnesota signee Austin Hollins (Germantown) this Germantown squad has the horses to make some noise in this one game setting. Now if "Mighty" Chris Jones (Melrose) has anything to say about the situation the outcome will belong squarely to Melrose.