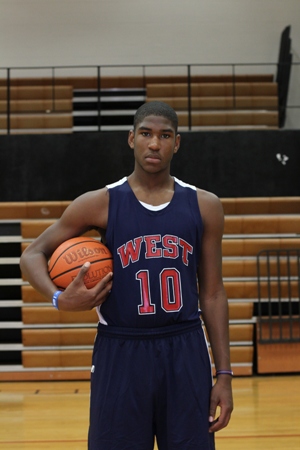 Its very early in the season.

Most teams have barely welcomed back their football kids and now games are starting in earnest for the hoops squads around the state.

Aaron Wheeler (Morristown East) had a nice game finishing with 26 points but Knoxville West behind a balanced attack led by seniors Calvin Walker (Knoxville West) and Carson Brooks (Knoxville West) pushed away in the second half to capture the double digit victory.

East was playing without senior point guard Casey Smith (Morristown East) still out with an injury.

In the night cap things got a little heated as Oak Ridge put on the press and showed the depth besting Fulton 75-50.

The Wildcats welcomed back their football players and showed the area a taste of what is surely to come once they acclimate themselves into basketball shape.

This Wildcat team is deep and dangerous. I suggest you keep an eye out for them this season.