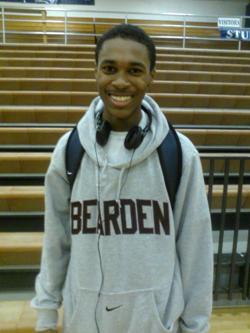 Rico White (Bearden) has made the most of his senior season as a Bearden Bulldog.

The 6'3 guard/wing led his squad to the Class AAA state finals, was named to every all-tournament team, garnered numerous all-district and all-region kudos and now becomes the 21st player in the Class of 2011 to pledge D1.

White will take his game down I75 to play for Coach Jon Shulman and the Mocs of Chattanooga.

Chattanooga plays in the Southern Conference and finished last season at 16-16.

White, who will be looked upon as a two-guard, brings a high basketball IQ and a willingness to do whatever is asked of him on the next level.

White turned down offers from Charleston Southern, Radford and Eastern Kentucky before choosing to bring his talents to the McKenzie Arena.

We wish him all the luck in the world and thank you for the privledge of having watched you grow as a player and as a friend.