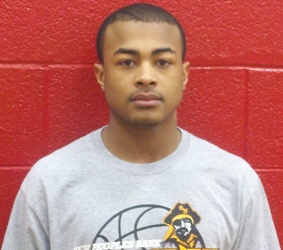 The Memphis YOMCA came bursting out of the block at the Nike Boo Williams EYBL this weekend in Virginia.

The Memphis crew finished the event at 4-1 beating Playground Elite, Alabama Challenge, Arkansas Wings before losing to Athletes First in a tough one.

Jarnell Stokes (Memphis Central) and Shaq Goodwin (Georgia) were the big dawgs for the Y, averaging around 20 points and 10 boards a game respectively.

Stokes went for 28 markers and 11 boards in the win over the Wings.

Anthlon Bell (Bartlett) had an outstanding tournament leading the YOMCA in scoring with 19 in the win over Playground Elite and finishing the event at a 16 per game clip.

Austin Nichols (Braircrest Christian) had a sterling tournament effort of his own, blocking shots, grabbing tough boards and scoring against some very tough competition.

Guard play was strong for Memphis with Blake Johnson (Memphis Central) playing very steady and setting up everyone else for scoring opportunities and Markell Crawford (Melrose) who gave some great minutes when he was in the game.

In some other news concerning players from our state, Alex Poythress (Northeast) was simply a beast all weekend according to onlookers, he notched 24 points and 11 caroms against MeanStreets and was a demon all weekend long playing for the Georgia Stars.

The Tennessee Travelers started out with a bang winning their game on Friday night 78-67 over the Jackson Tigers. Craig "The Professor" Bradshaw (CPA) led the way with 22 points.

In the 16 and under Boo Williams tournament the Travelers got some steady performances from Kenny Dean (Alcoa) and Brock Rowan (Stone Memorial) but struggled as they played in their first event of the year.

In the 15 and portion of the Boo Williams Invitational, the Travelers picked up steam after falling twice early they rallied for a big win and a confidence boosting effort for the youngsters who have come together for the first time.

Rob Marbury (FRA) was outstanding from start to finish according to onlookers he dominated a highly visible Class of 2014 national recruit and gained a great deal of confidence along the way.

Clay Leatherwood (Gatlinburg-Pittman) shot the ball well all weekend and Will Jennings (Overton) and Eddie Hitchcock (East Ridge) had some nice moments as well. Devin Sibley (Karns) and Travon Fields (Science Hill) both had their best effort in the final game victory, getting the butterflies out and playing like they are capable.