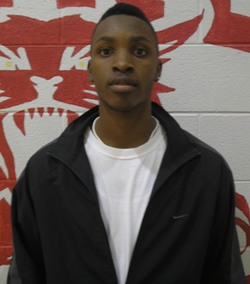 The inaugural Showdown in the South proved to be an outstanding first time event in the Nashville hoops arena.

Talented players from several age groups convened on the Tennessee A-Game facility for a weekend of competitive hoops.

Memphis Select came out the clear winner in the opening event capturing both the 17 and 15 and under championship.

Dierre McElroy (Raleigh-Egypt) garnered MVP honors leading the Memphis Select past the Indiana Swish 78-77 for the inaugural crown in the 17 and under division.

McElroy was outstanding the entire weekend including on Saturday when I was able to attend the festivities. The Select slipped past the host Team Nashville 66-55. Octavious Ellis (Whitehaven) led the scoring in this contest with 15. McElroy and Cedric McAfee (Melrose) added 11. John Hudson (Dyer County) finished with 10.

Team Nashville had an outstanding performance from Weldon Garlington (Brentwood Academy) who finished the loss to the Select with a game high 17 points. Cedric Williams (Siegel) continues to play well this summer. Justin Perry (Overton) played very well in the second half and DeBrelle McLemore (Franklin) showed his scoring prowess.

On Saturday I was able to catch a handful of games in the 17 and under division including the Mid-State Ballerz narrow win over the Tennessee A-Game squad 60-57. Ni'Ki Bell (Clarksville Northwest) led the Ballerz with 13 points, Robert Veal (Ravenwood) exploded in the second half finishing with 12 markers. Jake Lloyd (Westview) and Jaeland Lawson (Bearden) played well for the Ballerz.

Moving back to the 15 and under division as we stated before the Memphis Select captured the title with a 78-77 victory over the Indiana Swish. The Select were led by great performances for the entire weekend from the likes of Kedren Moore (Southwind), Malik Tunstall (Whitehaven), Jahmiah Kelly (Whitehaven) and Charlie Palmer (Mississippi).

The first year event was well attended and the basketball action was outstanding. I look for this event to become a staple on the circuit as early as next season with the convenience of the facility and the proximity to the city. The organizers of the event were very media friendly and made everything especially accessible to have a good event

2021 PG Harper Neal @harper22neal of Kingston recorded 28 pts in a win over Fulton.