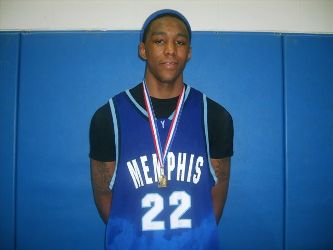 Thats why they play the game.

Heard that a million times but for the Memphis Hoopers this was especially true as they made their rounds in July.

High profile Ole Miss commitment Reginald Buckner (Manassas) was lost to an injury so who figured the Hoopers would make any noise.

Now the cliche....Thats why they play the game.

Out in Sin City the Hoopers finished 3-2 losing to the eventual champion and proving that a squad of less than high profile recruits can do some damage in the desert.

Tony Smith (Progressive Christian) , by way of Treadwell, was the scoring phenom for the Hoopers. Mr. Smith dropped 40, including 30 in the first half, in the opening bracket play victory.

Each game it seemed someone stood out for the Hoopers with youngster Tevin Cox (Melrose), Jeremy Holmes (Raleigh-Egypt), Montrel Crawford (Sheffield), Reggie Fondren (Raleigh-Egypt) and Tyler Stone (Memphis Central) all taking turns as the scoring leader.

Stone continues to impress and is poised for a very successful senior campaign.

Great consistent hard work and effort is what made the summer for the Hoopers, a big congrats to their success.