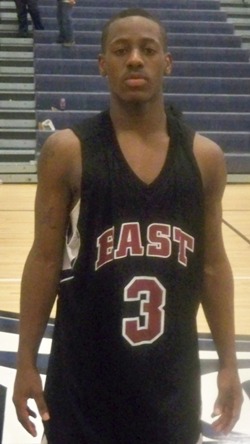 Two teams from the same district meeting for the fourth time on the season is the stuff sports movies are usually made of.

Memphis East and Memphis Central proudly represent District 16AAA and have done so all season.

In the two regular season match-ups only a handful of points sperated the outcomes including an overtime affair and in the region final a last second shot was the deciding bucket.

King who was impressive the entire tournament garnered MVP honors for his efforts.

Earvin Morris (Memphis East) had another outstanding game in the win scoring 16 points and grabbing a team high 10 rebounds.

Andre Applewhite (Memphis Central) concluded what was simply an outstanding playoff run with a game high 26 points and 13 caroms. The senior made himself a bonafide high level prospect with his improved and continued effort.