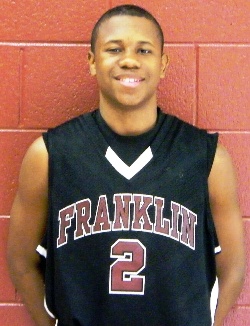 The opening weekend for the Music Fall League got off to a
rousing start with some hard fought action and some surprises along the way.

A battle to the finish the Runnin' Rebels behind 13 points
from Devonte" Brooks (McGavock) slipped
past the Tigers 53-52. Hollis Edwards
(McGavock) played an outstanding floor game and Luke Baum (Webb
School) was sighted
for his play on the day. For the Tigers, Benjamin
Wankel (Smyrna)
could be a major sleeper on the interior and Jeff Hamilton (McGavock) also played well. In the losing effort.

Robert Wade (Maplewood) paced a
balanced scoring attack to lead his Wolverines past the Commodores 64-50. Wade
finished with 16 points pacing the Wolves. Joining him in the scoring column
were Miles Davis (Webb
School) with 15, Jaleel Querry (Maplewood)
with 14 and Fred Lee (Maplewood) added 12.

Antwan Van Lier
(Hunter's Lane) dropped 24 to help the Wildcats to a 73-63 victory over the
Razorbacks. Van Lier had a wonderful effort and was complimented by "King" Arthur McMillan (Hillsboro) who managed to score, board
and give some consistent effort as his senior year approaches. Good work King. Bre Hughes (Hillsboro) had a nice game as well.

Kaneal Windom (JCM) led
the Buffs with 28 and E.J. Miller (USJ) had
an outstanding effort scoring 23 points and dishing out 7 dimes.