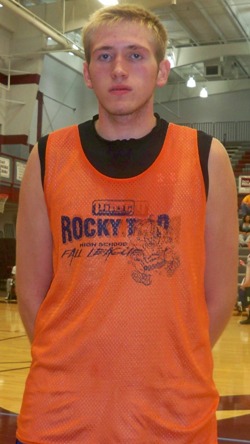 The Scots of Maryville College have had a long history of winning. Coach Randy Lambert is one of the true icons in the state of Tennessee and his teams continuously improve and play for championships.

The Scots have combed the East Tennessee landscape for many years and have had magnificent success in the area; the 2011 haul keeps this long standing tradition alive.

Conard, who was the 1A District MVP, brings a polished offensive game and great footwork to one of the area's top big men coaches.

Peake, whose Bulldogs will tangle with Morristown East in their sub-state game tomorrow, is a smart player who can knock down the open shot and has the size to play three positions.

Stephens is a hard-nosed competitor who has improved every season during his high school career and will be a benefactor of the Scots inside-outside system.

Boedwig has a world of potential and with his size and dexterity will be a strong player for many years in Maryville.

The local flavor continues and the Scots just keep on rolling.