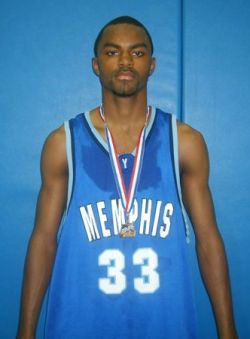 Coming into the homestretch this is the time for stars to rise to the top and those who are to advance in the upcoming district and region events start their run. This will be an exciting week for me as I get back into the world of the living. I will make my way back to the mid-state and check out the Springfield/Clarksville Northeast contest on Thursday, then slip over to Murfreesboro for the Blackman/Siegel clash on Friday, by the way my niece is on the homecoming court, very cool, and then Saturday drop over to Brentwood Academy as they welcome McCallie from Chattanooga. Here are some of the top performers this past week and our scoring list.

Cory Billingsley (Sweetwater) had a monumental week not only did he score 33 points in a win over Loudon but that effort pushed him past the 1,000 point mark for his career.

Corey Stanton (Springfield) scored 30 points in a win over Clarksville; with the effort the Wright State signee passed the 1,500 point mark for his career.

Jalen Steele (Fulton) began the week and continued a torrid scoring pace these past few weeks dropping 34 in a win over Alcoa then closing out the week with 28 points including 16 for 16 from the charity stripe in a district clinching win over Gatlinburg-Pittman.

Lester Wilson (Carter) had monster numbers this week starting with a 41 point, 28 rebound effort in a blasting of Gibbs then stepped that up a notch with a school record 47 points in a close win over Pigeon Forge.