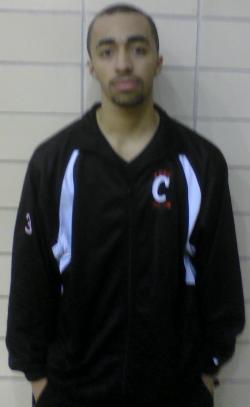 The district final is set for 3AAA as Knoxville Central edged a tough and determined Oak Ridge squad 53-51 and Clinton held off a furious Anderson County rally and finished off the Mavericks 57-47.

A back and forth affair saw the Wildcats take a 29 to 21 lead into the half after a late rally pushed them ahead. Lonnie McClanahan (Oak Ridge) scored in the lane on consecutive possessions to give the Cats the halftime advantage.

Oak Ridge held a narrow 41-40 lead after three with  Brett Wade (Knoxville Central) knocking in three deep shots to close the gap for the Bobcats.

Central missed the front end of a one and one and Oak Ridge was going for the win. McClanahan drew the defense and precisely dished to Will Thompson (Oak Ridge) at the top of the key for the win, but the shot rimmed off and the Bobcats claimed the spot in Wednesday's district title game.

Matheiu and Linwood Holloway (Knoxville Central) led all scorers with 13 apiece for the victors. McClanahan and Shoffner led the Cats with 12 each, while uber-talented freshman guard Rian Hall (Oak Ridge) finished with 11.

In the other semi-final Clinton jumped out to a huge advantage and held on for a 57-47 victory and a spot beside Central for the district ‘ship. C.J. Alred (Clinton) led the Dragons with 14 points.

Clinton held a 14 point lead going into the 4th stanza before Tanner Torres (Anderson County) began draining threes and cut the Dragon lead to 50-44 with less than 3 minutes on the clock.

Torres led the Mavericks with 14 on the night. With the loss Anderson County will battle Oak Ridge in the consolation game on Wednesday evening.