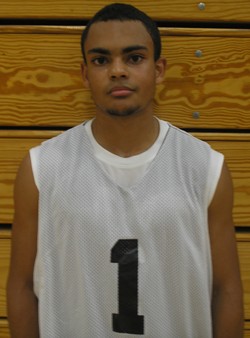 With all the commitments coming off the board it is only natural for the D2 and NAIA schools to start snatching some of their prospects and thus it has begun.

Keenan Froedden (Sycamore) will begin his senior season worry free as the 5'8 point guard has decided to play his college ball all the way across the state at King College.

King College is located in Bristol right on the Tennessee/Virginia border and the Tornado are coached by legendary George Pitts, who won several state championships with stints at Science Hill and a four pack at Brentwood Academy earlier in the decade.

Froedden brings tough defensive skills and the ability to run a program and control tempo making everyone happy. He can shoot the outside shot and despite his size will attack the rim and finish despite contact, he plays at a frantic tempo and is always under control.

King College played last season as a member of the NCCAA DI and faired very well accumulating a 27-6 record while advancing to the title game before falling.

This season the Tornado will compete in NCAA D2 as a member of the Conference of the Carolinas.