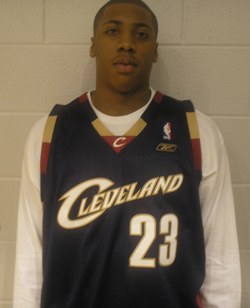 "King" Arthur
McMillan (Hillsboro)
finished with 30 points and helped lead the Wildcats to a close 85-84
victory at the Music City Fall League this past Saturday.

Robert Wade (Maplewood) led the Wolves with 23 while Jaleel Queary (Maplewood) finished with 22 in the close
loss.

Balanced scoring was the norm as the McGavock backcourt duo
led the Rebs to a 88-73 skinning of the Razorbacks.

Hollis Edwards
(McGavock) and Christian Little (McGavock) scored 15 and 13 respectively to
lead the cause. Coaches sighted Adison
Hardaway (Hunter's Lane) for his effort in the win.

Justin Perry
(Overton) led all scorers with 16 in the loss. Greg Brooks (Cane Ridge) hustled and played well for the Razorbacks
despite the defeat.

John Taylor (Beech) made
his massive presence felt scoring 22 points and grabbing double digit caroms
leading the ‘Dores to a 70-65 victory over the Hoyas.

Taylor
did most of his damage on the interior and was assisted in the scoring column
by A.J. Johnson (Hunter's Lane) with
13 and Kwasi Tripp (McGavock) with
14.