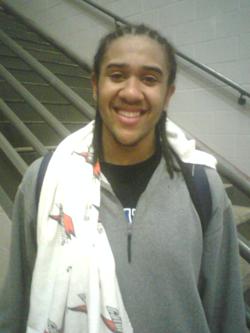 Without a doubt this is the toughest decision in every young player's life.

Those players who are fortunate enough to have several schools interested in their services find the going a bit tougher than some of the others.

Kedren Johnson (Marshall County) is one of those players several big time programs including Alabama, Memphis and Florida expressed interest in him but when the time came for the commitment, Johnson chose to stay home and will play for Coach Kevin Stallings and the Vanderbilt Commodores.

Johnson, who was a Class AA Mr. Basketball finalist last season, made the most of a fantastic summer which saw him mentioned among the best point guards in the country.

He toned his body and cultivated the look of a high major point guard. Johnson brings an above average basketball IQ and a pass first lead guard mentality to the SEC school and can score using his strength or much improved outside shot to score when the situation calls for it.

His commitment brings the tally for the Class of 2011 to a total of 10 players.