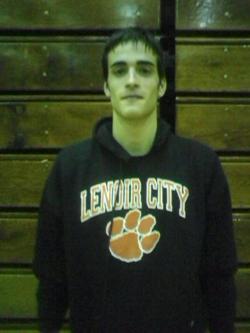 It seems like so long ago but I still wanted to post the list of scoring leaders for Week #7. This is the week that ended last Sunday and has scoring results from the previous week. I will post Week #8 on Tuesday or Wednesday and then we will be caught up.

Asa Toney (St. George's) continues to have a fine scoring season dropping 25 against Harding Academy then adding 35 against JCS.

Jamal Hughes (Oakland) made his way through the city of Murfreesboro scoring 26 against Blackman then adding 31 in the rivalry game against Siegel.

Justin Vogel (Waverly Central) had a huge week scoring 42 points in a win over Cheatham County after netting 33 against Montgomery Central.

Mitchell "The Shark" Hill (Cookeville) took a bite out of his opponents scoring 34 against Cleveland and adding 28 in a win over Cumberland County.