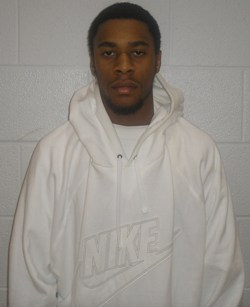 Holiday tourneys bring out the best in teams. Playing away from home or in your own backyard makes for exciting and interesting hoops.

Heres a look at some of the holiday events that concluded this week. Keep in mind we could not get all of them but here are the ones who's information we were able to ascertain.

John Taylor (Beech) dropped 17 pooints and led Beech to a championship in their own event by besting Memphis upstart Germantown.

Dezmond Johnson (Overton) led a balanced scoring attack with 12 points helping Overton to the 'ship of their own holiday classic. Blake Bell (Lipscomb) led all scorers with 13.

John "Silk" Jenkins (Station Camp) put on another scoring show after coming off a slight injury. The Vanderbilt signee dropped 35 in the semi-fiinal and added 34 in the title game.

Carrin Nash (Upperman) knocked down a foul shot to give the Bees the title in Sparta. Dustin Baxter (Upperman) led the scoring with 23. Cory Johnson (White County) led the Sparta Warriors with 19.

Gary Pope (Ensworth) showed the Sunshine state he could play scoring 32 points and leading Ensworth to this drubbing in Florida.

A dominant performance in the Sunshine State defines the efforts of Franklin this past week. The Rebels showed they were for real witha 50-47 win against a powerful Lousiville Fairdale squad behind 19 from Michael Young (Franklin) and 17 from James Haddix (Franklin).

The Chocktaws are for real. This was their second holiday crown in the past two weeks and they are looking for more. C.J. Crittendon (Dyer County) captured MVP honors while dropping 15 points in the title game victory. Rex Pierce (Dyer County) added 17 and freshman phenom Fred Yarbrough (Dyer County) added 16. The win brings the Chochtaws to 15-0 on the young season.

Joining Crittendon, Pierce, Yarbrough and Lloyd on the all-tournmanet squad were: