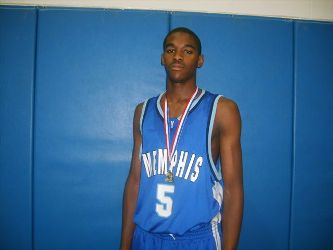 A great way to end your summer is to be playing up until the final buzzer sounds.

Four squads made waves in the oceanic climate of Orlando and came away with a solid foundation for future success.

The YOMCA Memphis Bulldogs advanced to the final eight of the championship beacket before falling to the Kentucky Patriots. Ronald Brown (Raleigh-Egypt) came to this event with something to prove and made this happen. The rising junior gave max effort and showed some perimeter skills which will elevate him into the next level. Keep up the hard work Tank.

Scoring and defense were not a problem for the Bulldogs behind the shooting of Darrian Gray (Southwind) and Robert Schaeffer (Sheffield). These two put their names on the map with their summer exploits and are posied for a very solid high school campaign down the road.

The Tennessee Tigers made some noise with their efforts in Orlando. Solid pool play resulted in an advancement in the classic bracket before falling in a tough bracket contest. Michael Bradley (Tyner Academy) was the recipient of alot of attention for his solid board work and shot blocking mechanics. At 6'9 the Chattanooga prospect turned a few heads and with strength and gym work could become a staple on the recruiting list of coaches in the area.

From the guard position David "Xman" Sanders (MLK), Blake Bell (Lipscomb) and Carter Sanderson (Lipscomb) all had fine tourneys. While on the wing and the interior special mention for Deshaun Kizer (Lexington) and Dezmond Johnson (Overton).

Team Nashville had some hard luck in pool play but made up for that with advancement to the classic bracket final four. Teraes Clemmons (Mt. Juliet) was outstanding scoring at will and using his lefty moves to score from mid-range or off the dribble. The backcourt of Hollis Edwards (McGavock) and Fred Lee (McGavock) once again had outstanding toureys and are more than ready to prove they can become one of the top duos in the metro Nashville high school ranks.

Tarius Johnson (Liberty Tech) made the 16 and under nationals his own with efforts that can be described only as beastlike and dominating. The rising junior helped the Mid-State Ballerz advance deep in the consolation bracket. The Ballerz had a tough overtime win playing with only four players led by Demarius Smith (Kenwood) for one of their victories. Smith continues to shine this summer and will be a force on the high school level. Cordero Williams (Liberty Tech) was lights out from deep and Thomas Greer (West Carroll), Julian Reese (Brentwood Academy) and Quinten Lee (Ripley) provided scoring and steady effort throughout.