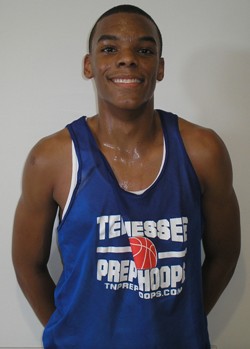 Andre Hollins (White Station) put himself into a very enviable position. A superb student good enough to garner a great deal of interest from Harvard and Stanford, Hollins decided to make his college decision on the eve of high school basketball practice tipping off in Tennessee.

Hollins, who played his summer basketball with the Memphis Magic, chose to head to the Big Ten and venerable coach Tubby Smith and become a Golden Gopher.

Minnesota, who finished 21-14 last season losing in the first round of the NCAA tournament to Xavier, proved to have everything that excited the young Memphian and his decision to play for the Gophers as he chose them over interest from the aforementioned Harvard, Stanford, plus Mississippi and Auburn.

Hollins is the 16th player from the state to pledge his wares for D1 joining his high school teammate Marvin Williams, who committed to Lipscomb last month.

Hollins will now attempt to lead his Spartans back to the Promised Land after a state champion defeat at the hands of district and city rival Melrose last season.

Hollins was also a McDonald's All-American nominee this season.