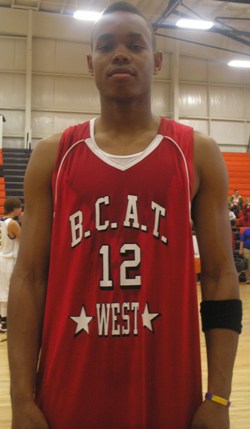 The games will take place at Liberty Tech High School with the girls tipping off at 6:00 followed by the boys at 7:30 on Saturday May 30th.

The roster for the North Boys squad is as follows:

For the South squad:

This should be a fun and exciting contest and a last chance to see some of our graduating Classof 2009 players before they depart for college hoops.