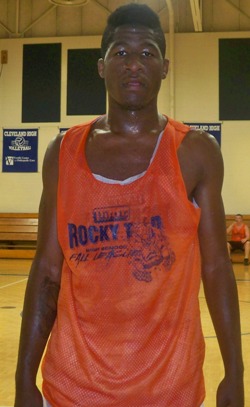 Incorporating the Cleveland Rocky Top Fall League and its 20 best players into the mix was an exciting proposition and both Cleveland teams held their own.

I want to thank everyone who participated and made the trip to Maryville College.

Campbell started slow on Saturday and watched Cleveland build a double digit lead before him and future teammate Jaeland Lawson (Fulton) kicked things up a notch.

Phillip Stephens (Knoxville Catholic) finished with 14 points for Team Naler and Lawson added 13 in the win.

Barber logged 18 of his points in the second half including 4 threes. Sherrius Smith (Hardin Valley) added 17 points and Tee Steinmetz (Oakdale) finished with 11.

Nick Ross (Red Bank) sealed his grip on the Cleveland scoring crown with 24 large in the loss.