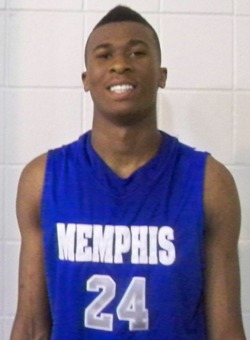 The final week of the regular season saw some more folks achieve the 1,000 point milestone and some great efforts as we head into the post season.

Cody Malicoat (Jellico) put his stamp on the Jellico record books notching his 1,000th point this past week.

Logan Ramsey (Livingston Academy) has been on a tear as of late, the big man has notched the finest year of his career and for his efforts he passed the 1,000 point plateau this past week.

Mark Pope (Forrest) has been the man in District 9A for a few years now, the senior guard slipped past the 1,000 point mark this past week while leading his squad to the district title.

Calvin Walker (Knoxville West) and Jarod Rhodes (Cleveland) kept their respective scorekeepers busy this past Friday night as Walker busted the Blue Raiders for 33 points in a tough victory at Cleveland and Rhodes almost matched his point total scoring 27 in the process.

Jeff Long (Hendersonville) moved past the 1,000 point mark this week with his continued late season heroics on the hardwood.

Alex Poythress (Northeast) had a monumental week, the Kentucky signee was selected to the McDonald's All-American team and then proceeded to out do himself scoring a career high 48 points and grabbing a ridiculous 21 boards as well.

Chase Arnold (Sullivan North) is a name a lot of people may not be familiar with but the rising junior is filling up the stat sheets in upper East Tennessee, fresh off a 40 point night Arnold continued his scoring demonstration notching 26 against Elizabethton.

Leron Black (White Station) had an outstanding game this past week nothcing 35 points in a hard fought victory over Memphis East.