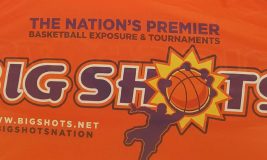 The action never stops as more and more events produce more and more results. Down in Atlanta two events featuring some Tennessee success and across the way in Pittsburgh more Volunteer state results. Lets get it on.

Silas Clark (Cumberland County) garnered MVP honors as the EOTO 16 and under crew took home the Silver Division hardware at the Big Shots Atlanta event besting SC G.O.A.T 80-62. Clark was magnificent on both ends of the floor. Chase Ridenour (Knoxville Webb) finished as the teams leading scorer while KaJuan Hale (Austin East) and Tykee Ogle (Alcoa) had solid events in the Peachtree state averaging double digits for the event.

Jack Sompayrac (Knoxville Catholic) provided timely scoring off the bench while Mehki Carter (Alcoa) continues to show improvement every time he steps on the floor.

The Chattanooga Elite 16 and under finished 3-1 losing in the title game to the South Carolina Raptors at the On the Radar Sweet 16 Session II. The Elite captured wins over Team United Elite (69-37), AC Georgia (60-54 and the Charlotte Aces (53-52).

Jeremy Elston (Tyner Academy) continues to shine as the new leader for the Elite. His offensive improvements are obvious including an 18 spot in the early win. Jay Gibson (McCallie) continues to impress with his outside shooting and overall toughness. Jordan Starling (McCallie) was his usual productive self inside as the Elite charged towards another championship game appearance.

All the way over in Pittsburgh, Team NLP made the trek to participate in the Hoop Group Pittsburgh Jam Fest. NLP finished 3-1 and left with everyone knowing their name. K.K. Curry (Cleveland) is building quite the resume with his play in April. Several D1 schools are starting to take notice of the athletic Curry.

Patrick Urey (Baylor) is rounding into form after an injury his play caught the attention of several Ivy League schools with his ability to shoot the ball and his motor. Jessie Walker (Brainerd) simply puts points on the boards in a magnitude of ways. His production is without question.

Dionte Ware (Cleveland) was a pleasant surprise for the NLP crew. The 2019 product hit several deep bombs and proved to a valuable asset in the backcourt.