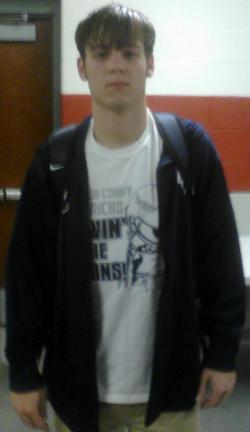 The Eagles of Carson Newman didn't have to venture far from their Jefferson City campus to snare a potential backcourt of the future.

Tyler Smith (Anderson County) and Ish Sanders (Cleveland) will spend the next four years in orange and blue.

Venerable mentor Dale Clayton will love the intensity and effort of the 6'1 Smith. He brings a joy of playing the game combined with intensity and a willingness to be coached and to get better.

Sanders brings a sweet shooting stroke to the table, one of the best in the state. He will fill a valuable niche for the Eagles and their ascension back to the top of the South Atlantic Conference.